An asymmetrical board game about epidemiology, vaccines, public health resource distribution, and meningitis 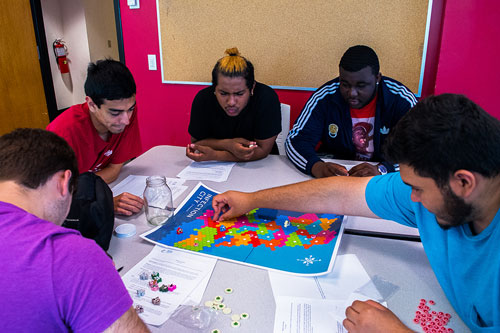 Infection City is a board game I co-designed with Mason Arrington for Game Changer Chicago as part of Hexacago, a set of games teaching systems perspectives in public health and reproductive justice.

Intended for use in high school classrooms, Infection City enlists its most treacherous player as an insidious infection and the rest as a team of epidemiologists defending the city of Chicago. The game asks its players to think about the distribution of resources on a city level—from the perspective of both doctors and the disease—and strategize around an infection spread pattern playing out in real time. 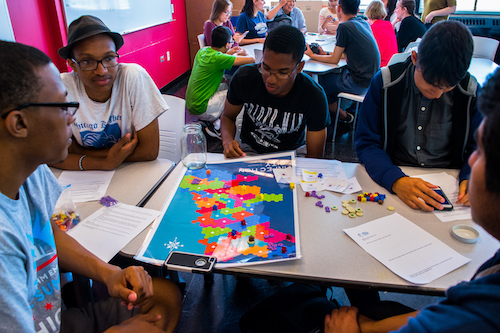 A key takeaway of the game is the social nature of disease outbreaks and treatment. In Infection City, the disease and epidemiologists literally play by different rules—while the city officials must follow ward boundaries and invest time in treatment and building up vaccine resources at clinics, the meningitis player schemes from a set of available spread patterns and reacts to natural and human forces. Though the game’s abstraction of Chicago begins with equally-distributed resources, it quickly spins out into pockets of vulnerable populations based on how the players allocate clinics.

The next step in Infection City‘s design is to develop different decks to let players choose and customize their epidemiological threat. 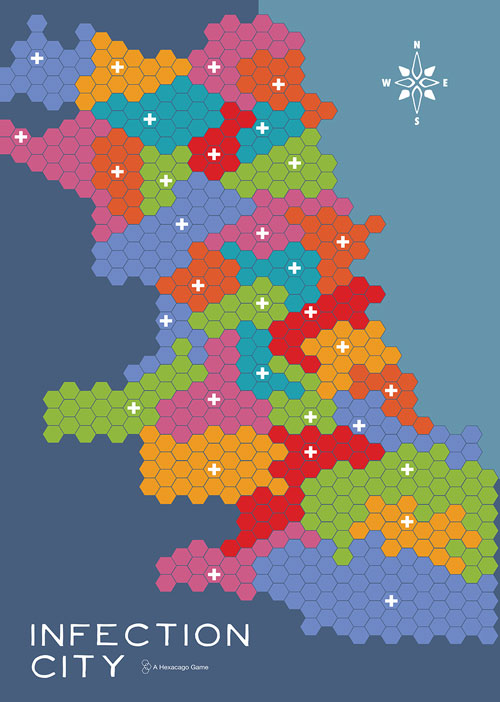