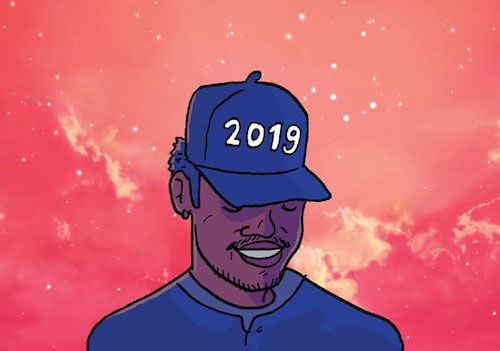 #chano4mayor was a maybe-serious campaign to get Chance the Rapper to run for mayor of Chicago in 2019. 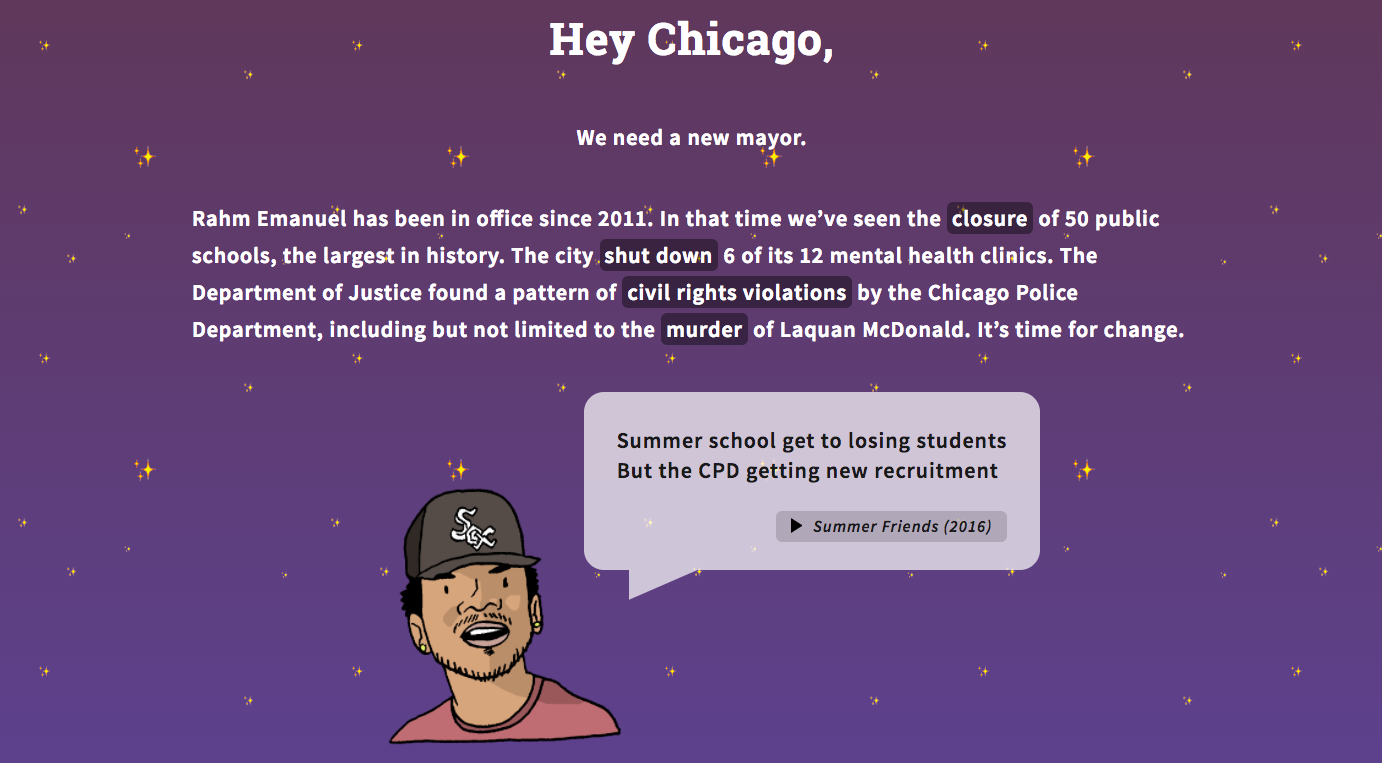 It got some major coverage, including an endorsement from Drake, an on-air shoutout from Stephen Colbert in an interview with Chance, an Ebony cover story, and a write-up on just about every music site. 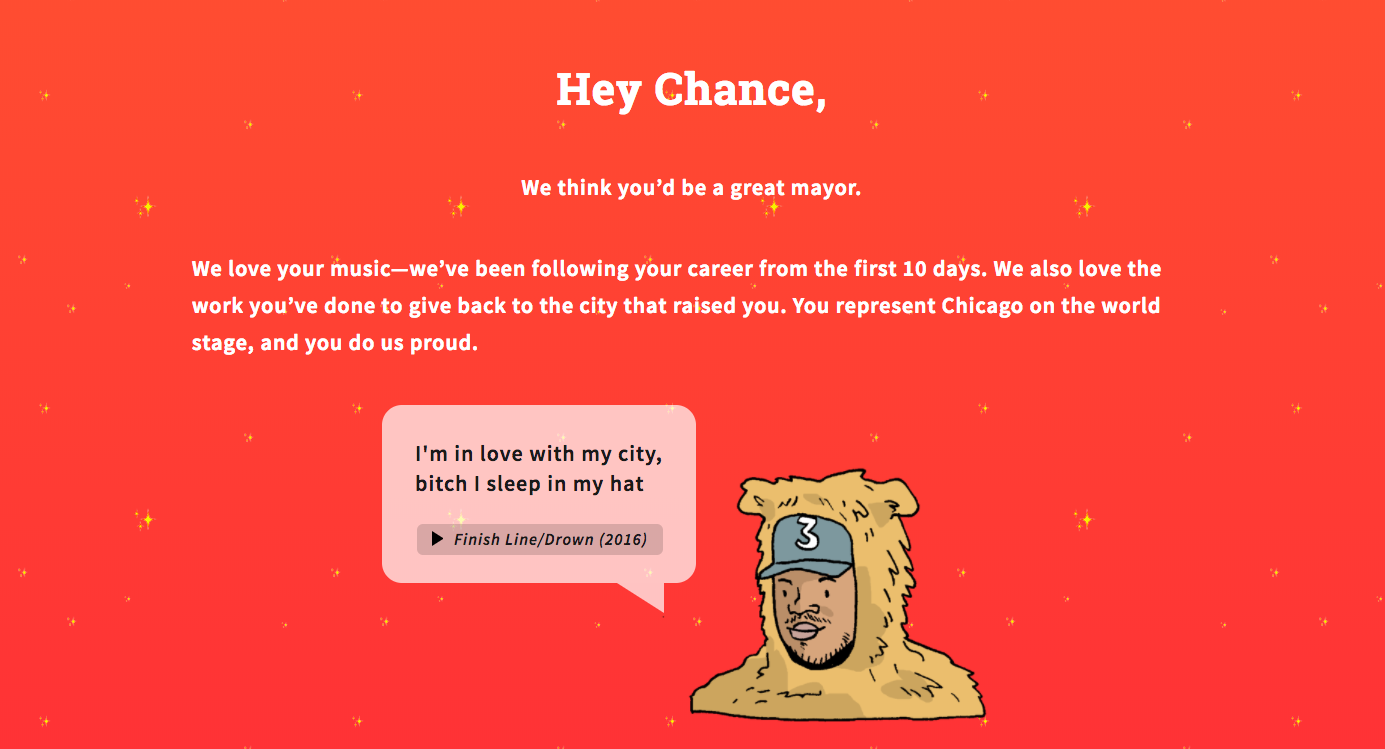 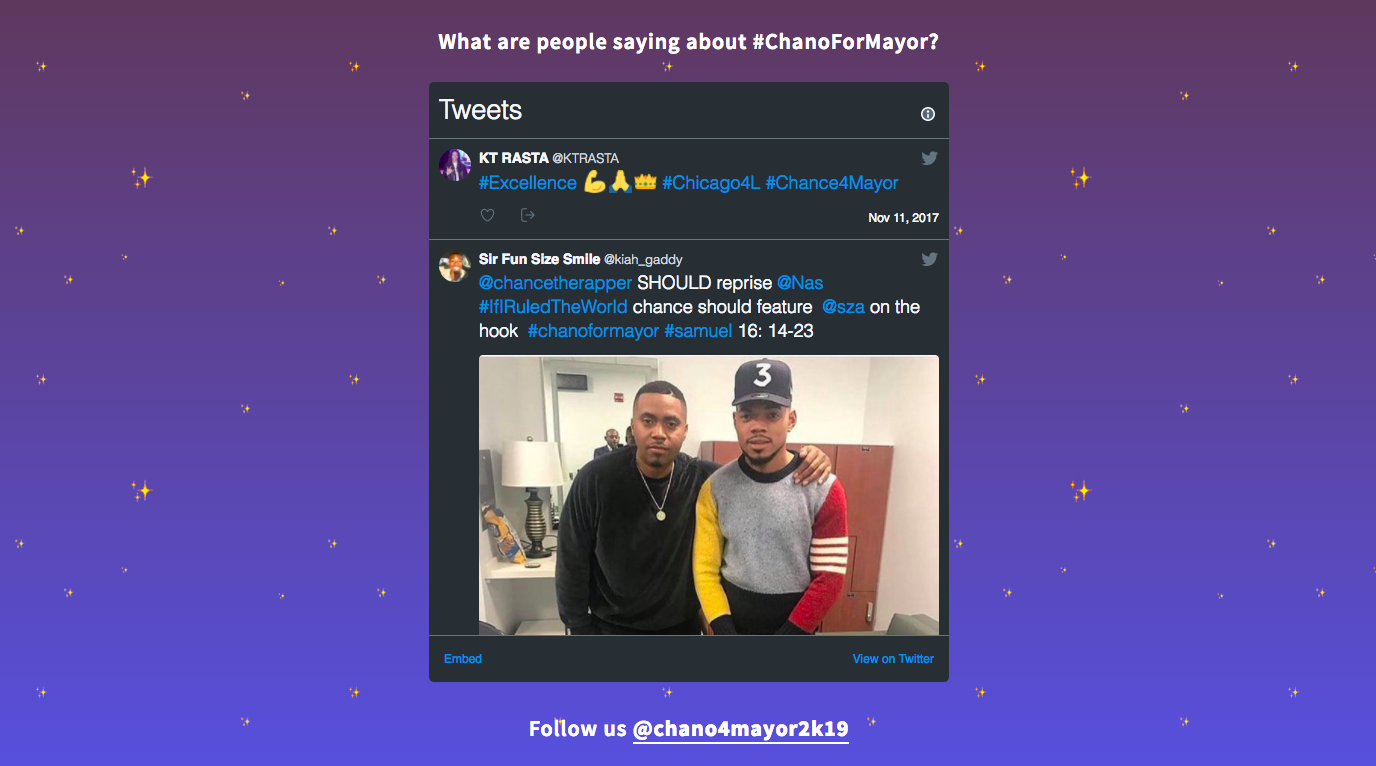 I developed this project with Jean Cochrane, Kalil Smith-Nuevelle, and Alex Soble.